Wake up to paddle across for breakfast around 7AM.

Immediately after unloading its obvious Ken’s fishing pole has an issue – the crank on his reel won’t stay on! We can still fish like that but the crank not staying on will be a serious drag on this trip. He takes it off and heads in to the trading post to see if they may have something to fix it.
Mike Prom, one of the owners of VCO, happens to have a couple parts reels for situations just like this and takes a look at it. Unfortunately, none of the parts reels screw for holding the crank arm on is threaded the same as his Shakespeare reel. Mike does have, however, a lost & found reel that hasn’t been claimed yet and lets us take it on the trip.

After a breakfast of decent pancakes, coffee, and sausage that was very bland we get our last few items out of the car and get the shuttle loaded up with our stuff for the short drive to the boat landing on the North bay of Sea Gull Lake.

We all get in, and off we go! Got turned around a bit to begin as we were all concentrating on the sights and not on landmarks for navigation and ended up in the next North bay to the West of where we put in… A couple minutes with the GPS got us headed back in the right direction. Once acclimated we didn’t use the GPS for navigation during the remainder of the trip.
The beautiful weather on our first day in really allowed us to take our time and enjoy the sights of Sea Gull. 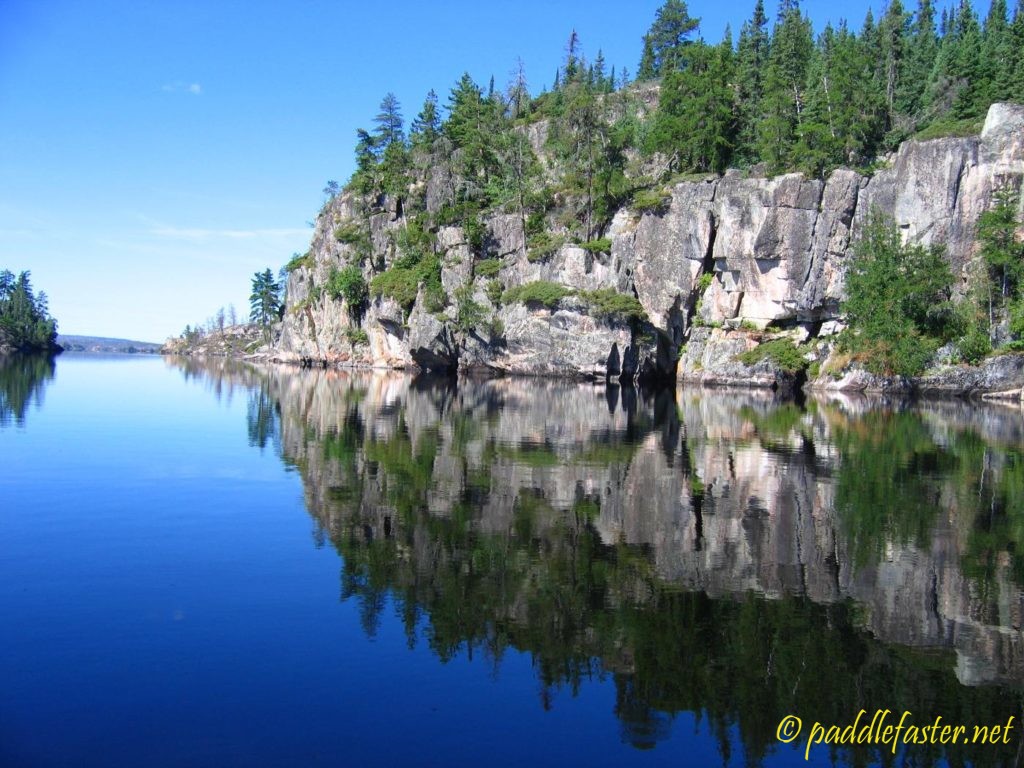 A short while later we’re at the Alpine portage. We decided to give single portaging a try, and once on Jasper it was agreed we didn’t want to do that again. I could see single portaging working later on during a trip when the food bag is lighter.

Here’s a couple shots of us at the Alpine -> Jasper portage: 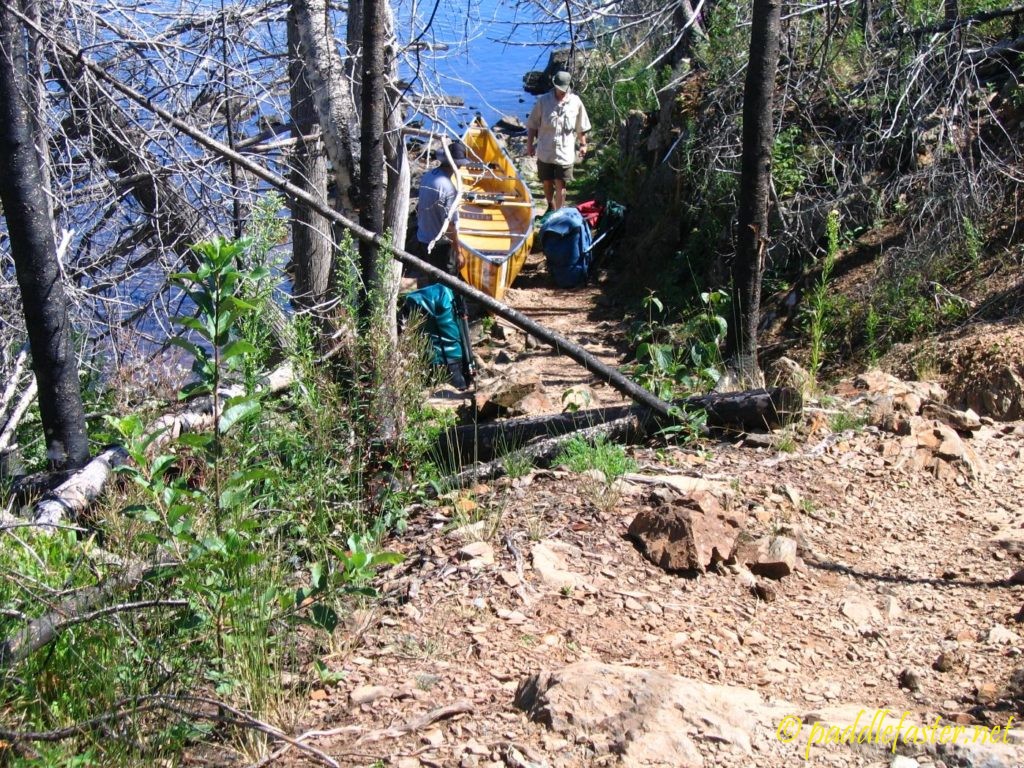 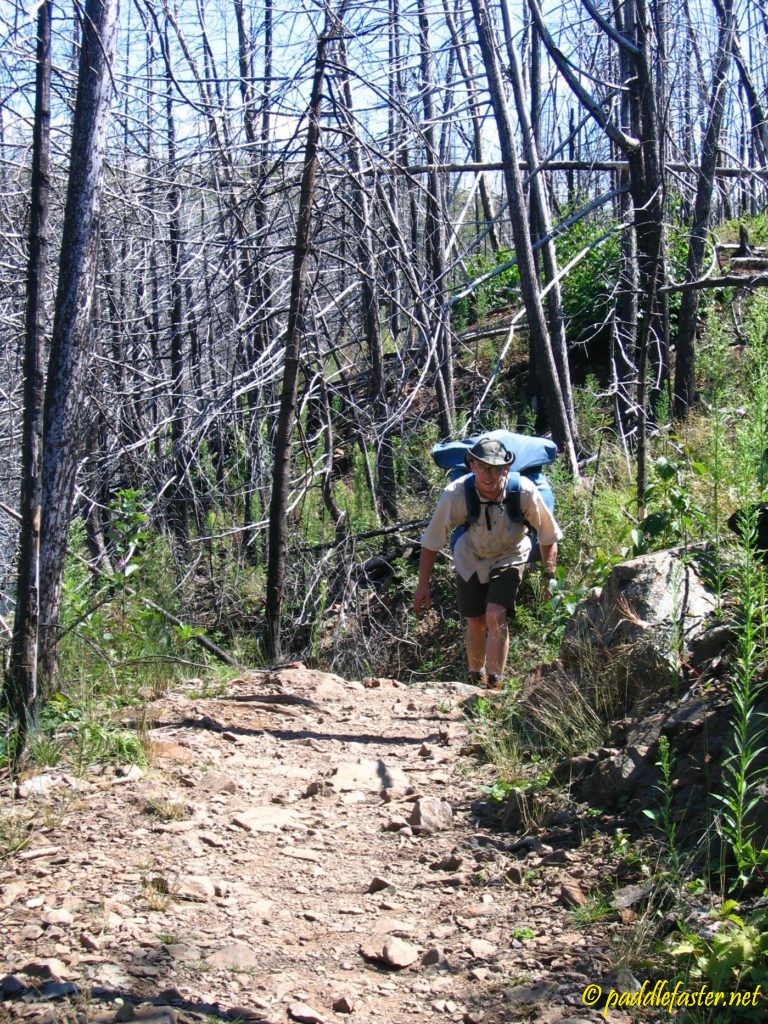 For the first half of the trip we’re in burn areas, mostly from the fire in 2007. I wasn’t sure what to expect to see as I hadn’t knowingly seen an area after a forest fire. It was cool and eerie at the same time – eerie to see burned stumps and dead trees still standing, cool to see how much has sprung up in such a little time.

We’re on Ogish and looking for a campsite around 3. Ran into a couple rangers, the only time we saw any and they didn’t even check our permit, as we were portaging into Ogish and they said the lake was pretty full. Checked out a couple sites early on the lake but decided to press on and see what the SW half of the lake had to offer.

As we’re heading towards the island sites near the Annie portage we look over to the left and see two canoes heading in the same direction. Look over again, and see that we’re all headed for the island….
Canoe race!!!!!
We dig in, they dig in. Our inexperience as a group in the boat lost the race for us though, but it was pretty funny to think about racing for a site.
We get to the island at about the same time only to discover the campsite is taken. The people at the site tell us that they thought maybe the bay site to the Southeast is open. One boat turns that way, not sure what happened to the other boat, and we press on.
Paddling and portaging Annie and Jenny was simple, I think the portages may have taken longer than it took to paddle the lakes.
We decide to check out the out of the way campsite on Jenny on the East side of the lake.
Its open.
We’re home for the night. Site #2034.

Its pretty obvious this site doesn’t see a lot of traffic as its off the main travel route, but what it lacks in space for our tent it makes up for in BLUEBERRIES! The whole site was covered in them.

After scoping the site out we put up the tent and while Joe stays back to get dinner going Ken and I head out into the lake to pump some water. 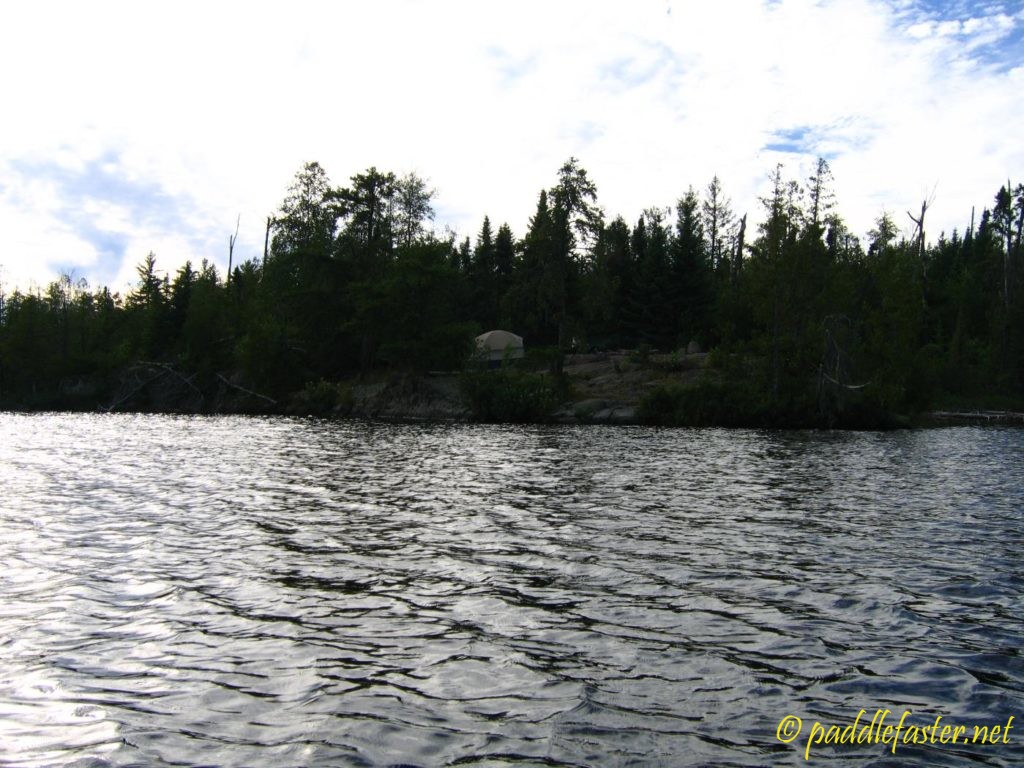 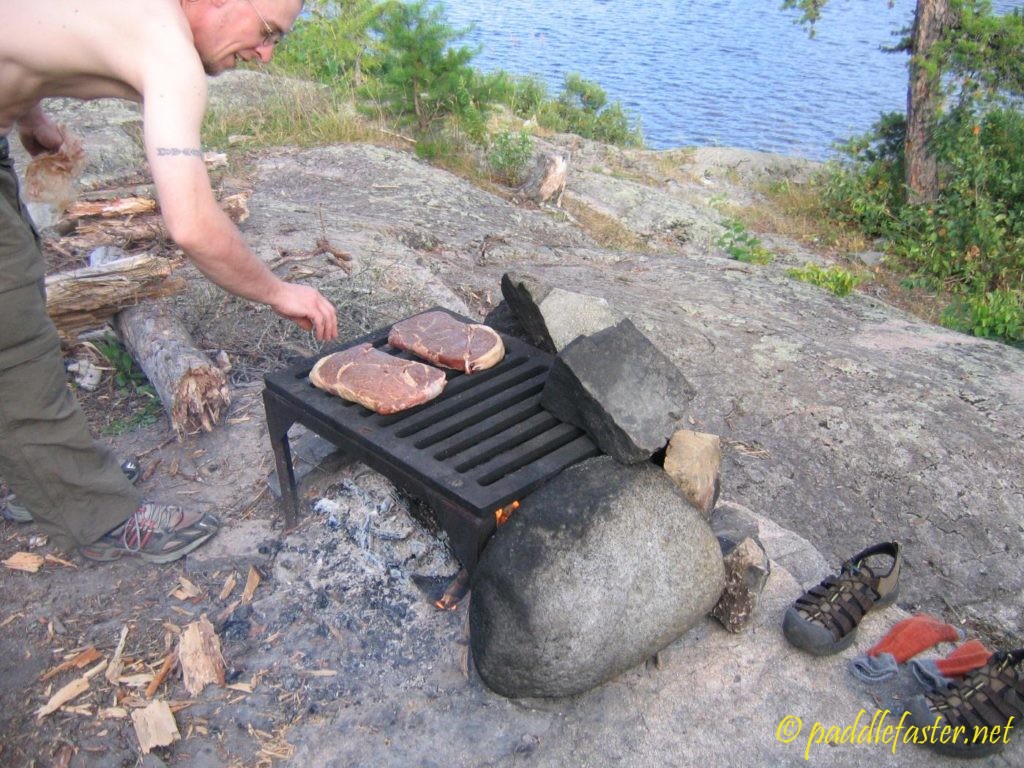 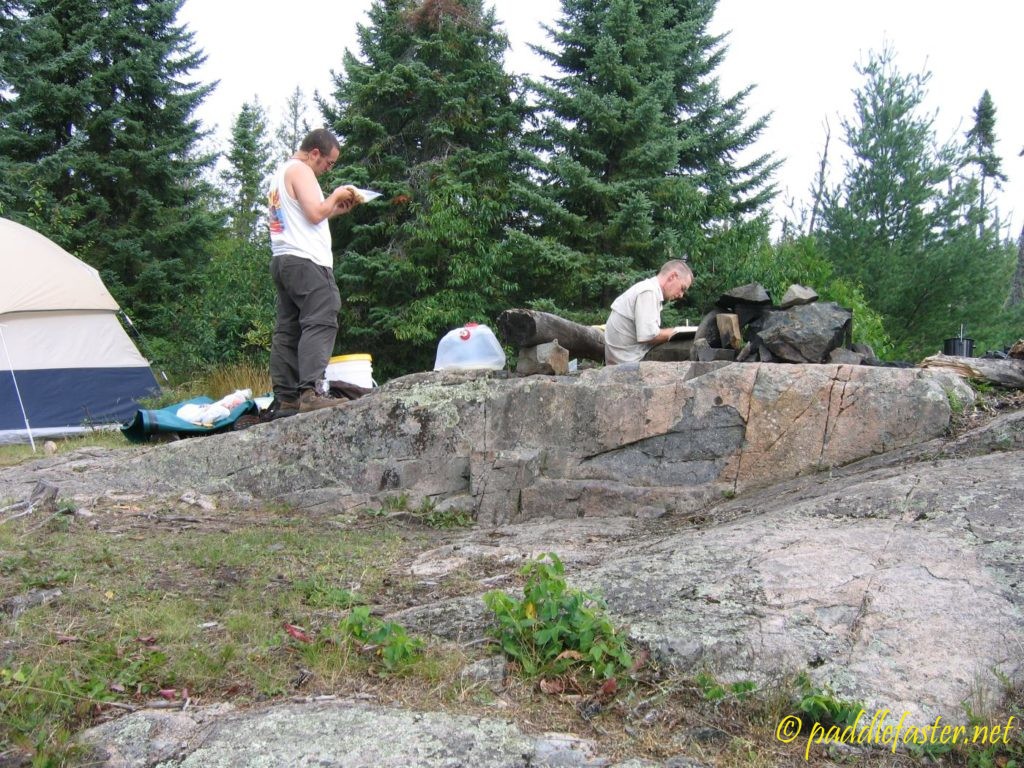 You’d think that after paddling for 8 hours with no real lunch break we’d be able to eat 4lb of steak and mashed potatos, however in the end we couldn’t finish it all and sadly put it into the trash bag. Tried to bury it but our shovel broke right away…. Now we have to portage a broken shovel the rest of the way.

We stay up watching for meteorites and chatting till 11, weary and ready for sleep.